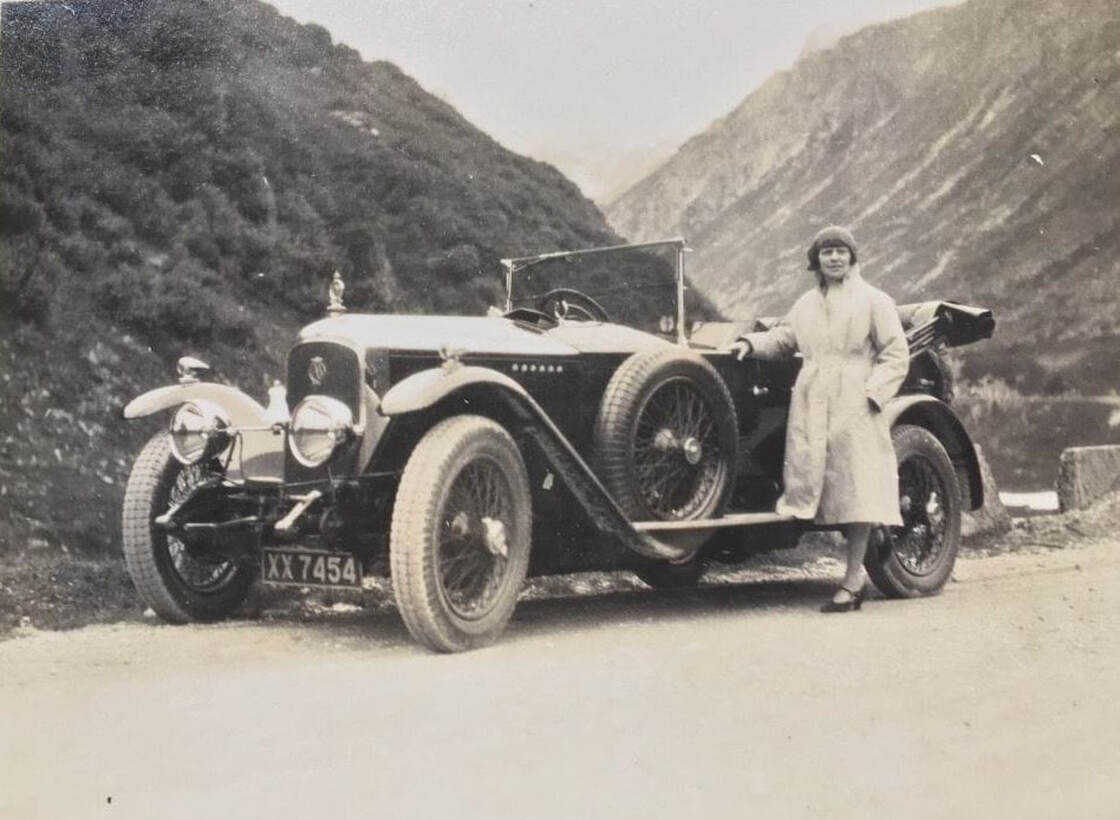 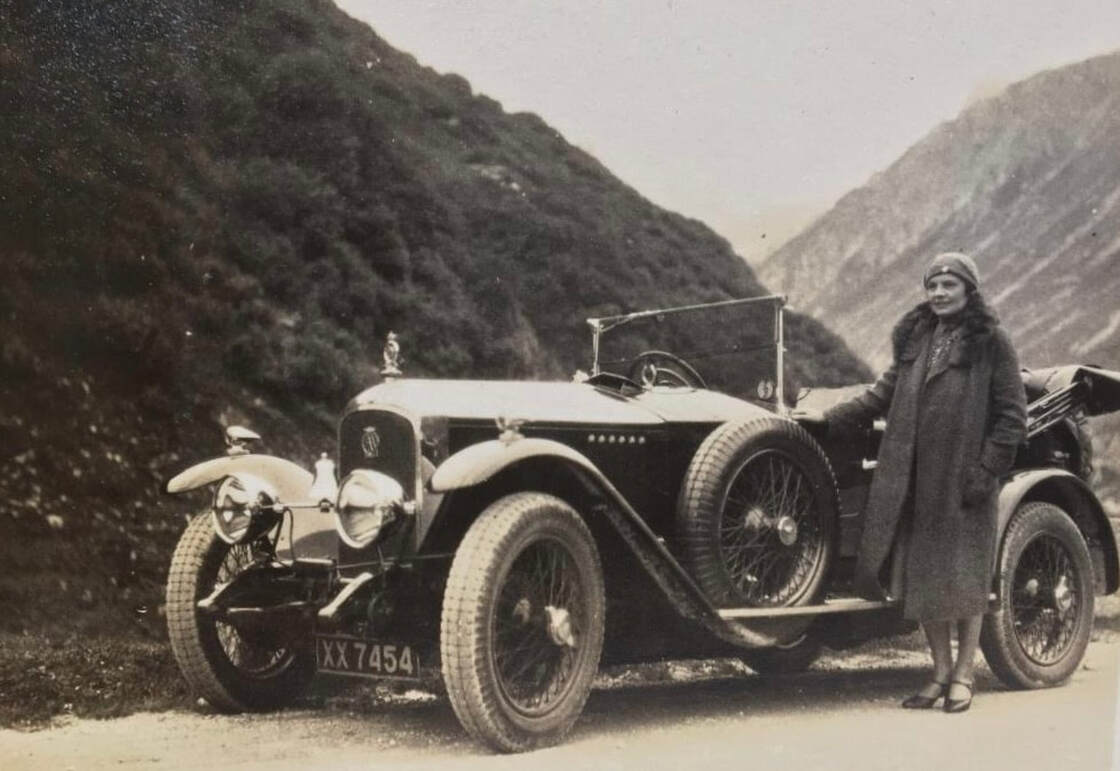 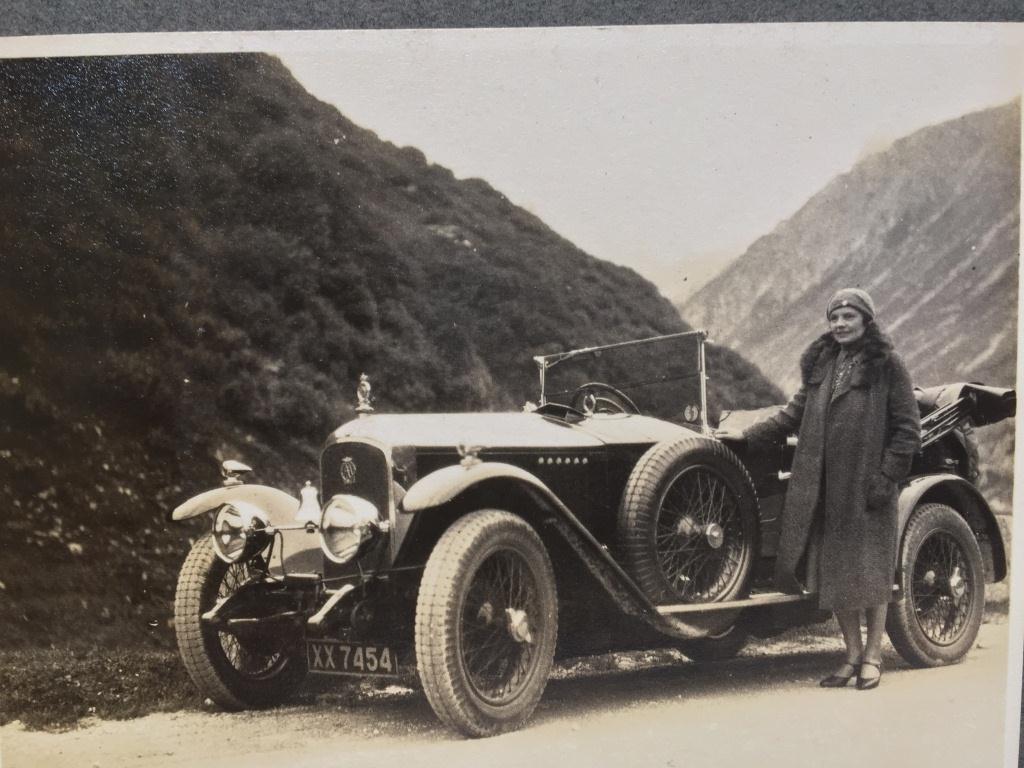 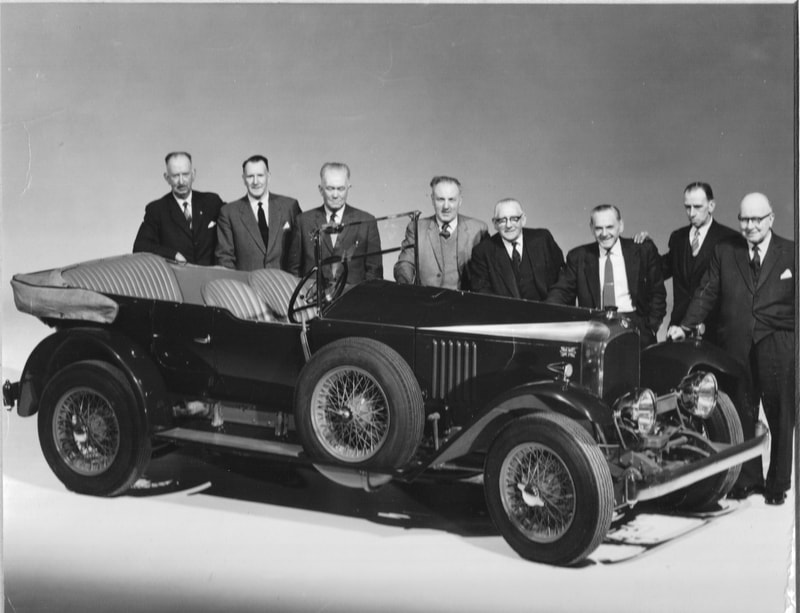 So, who was Charles Chayne?


I guess we would call him a true petrolhead!

So, what do we know about OE180? This 1925 30-98 left the erecting shop at Luton on 10th Feb 1925, fitted with a standard factory Velox body and optionally twin side mounted spare wheels. The car was registered in London as XX7454, to Ms Amy Walker, daughter of Sir Thomas Lipton. It would have most likely been sold either through Shaw and Kilburn, Vauxhall's London distributor, or through Vauxhall's own showroom at 174-182 Great Portland Street.

The reason for selecting the twin side mounts option may well have been Ms Walker's plan to tour Europe with the car.  She and a lady friend completed an ambitious European tour around 1926. A full photographic album of the trip survives.

What happened to the car when Ms Walker sold it?

Research so far has not revealed precisely when Ms Walker sold the car, nor where it spent the war years, but by 1945 OE180 was with a Mr L Titywater. It then changed hands a number of times over the next 15 years, appearing first in Motorsport Classifieds, March 1950:

The car then appeared twice more in Motorsport Classifieds; in June 1954 it was for sale from Mr Blake and again in March 1954 from Mr Newton (some conflict of dates here).

In 1962, the car appeared for sale again, this time at Southern Counties Auctions (now British car Auctions) at their annual veteran and vintage sale at Beaulieu. Enter the hero of our story, Douglas Sharp.

Douglas was well versed in matters Vauxhall, particularly old Vauxhalls. Despite never actually being employed by Vauxhall Motors, he had been seconded to the Service Department in 1946, and worked on the 1911 Prince Henry which Vauxhall had just acquired from the family of the late Thomas Muscott Freeman (an avid car and bicycle collector, sadly killed in the Coventry blitz). Determined to own this 30-98, he bid with enthusiasm, but was defeated by the deeper pockets of Vauxhall Motors Ltd.

Intended as a 'gift' for retiring Vice President of Engineering, Charles A. Chayne, the car was 'restored' and rather unsympathetically 'updated'. This included painting the chassis bright red, fitting 1930's style blade bumpers, and bizarrely, 6.50x18 tyres. This was presumably because Vauxhall thought it would be difficult to source the original 820x120 beaded edge tyres in the USA......Maurice Platt, then Vauxhall's Chief engineer, drove the car briefly & commented how heavy the steering was - not surprising really!

Fast forward to 2003, the year of Vauxhall's Centenary. As part of the centenary celebrations, the 30-98 Register arranged a number of events, including a meeting at Shelsley Walsh where the very first 30-98 had set a hillclimb course record in 1913: 8 seconds faster than the previous record and unbeaten until 1923! One hundred surviving 30-98s attended the centenary celebrations. OE180 was one of them (by now thankfully fitted with the correct original size wheels again), brought over from the USA by owner Paul Bray.

After Charles Chayne died in 1977, OE180 had several owners in the USA, including a spell in a museum in Cleveland Ohio from where Mr Bray had acquired the car. I gave him my Vauxhall business card, and asked him to let me know should he ever decide to sell the car.......not that there was any way I could have afforded it! So I was shocked when my phone rang the following Sunday afternoon, and a rather brusque American voice said 'Bray here'.

But he was not looking to sell......'Bearing gone on M6 going up Shap Fell. Can you help?' I was tempted to reply 'Certainly sir, I'll send my man!'. Discretion prevailed, and I called the Vauxhall dealer in Kendal, whom I knew. They recovered the rather impatient American and his car, delivering the former to Manchester Airport and the latter, eventually, to the docks. OE180 was shipped back to the USA and repaired.

I subsequently related this story to Douglas, who told me of his attempt to buy the car in 1962. He was determined to try again........ And so in 2004, after some transatlantic negotiations, OE180 was returned to the UK, reunited with its original London registration number, and safely installed in the sympathetic care of Douglas Sharp, Hayling Island, where the car still resides today.

Douglas Sharp was the owner and operator of USG Garages Portsmouth, one of the UK's biggest Vauxhall Bedford dealers until he retired in the early 1980's.

(With acknowledgements to Nic Portway & his 30-98 Index) 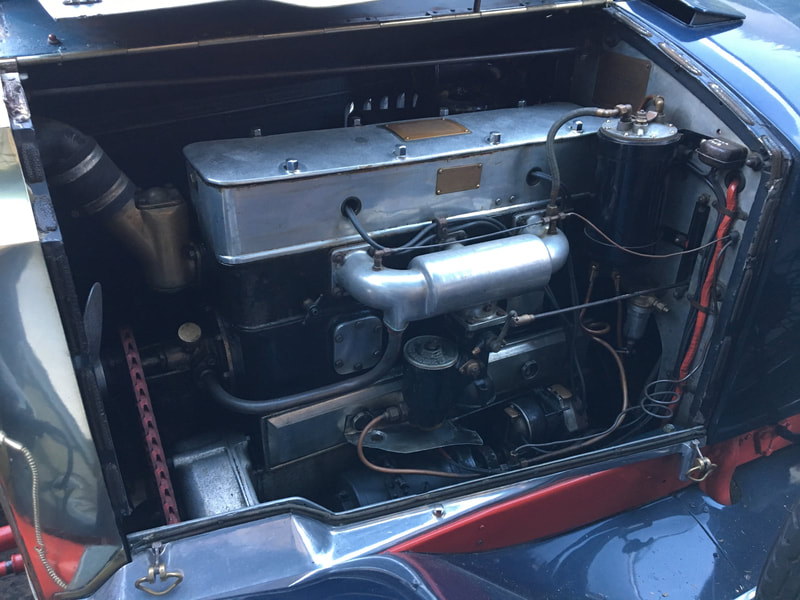 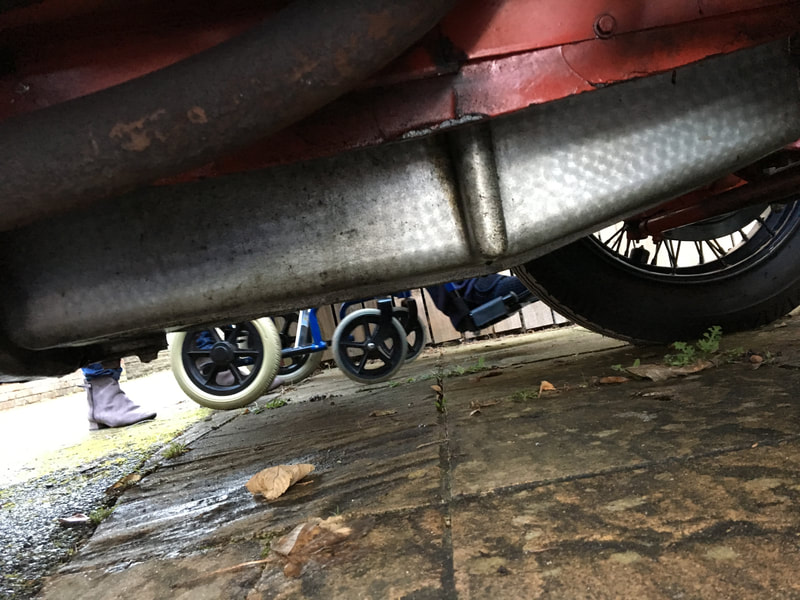 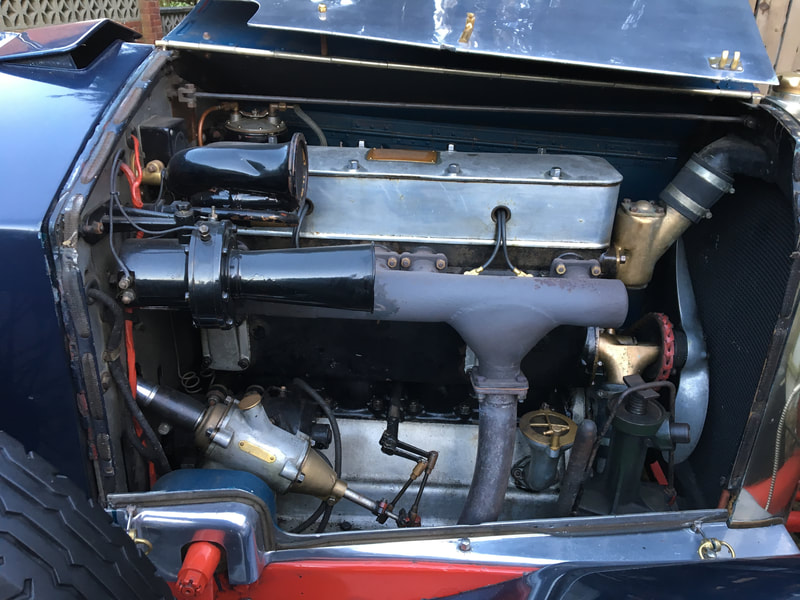 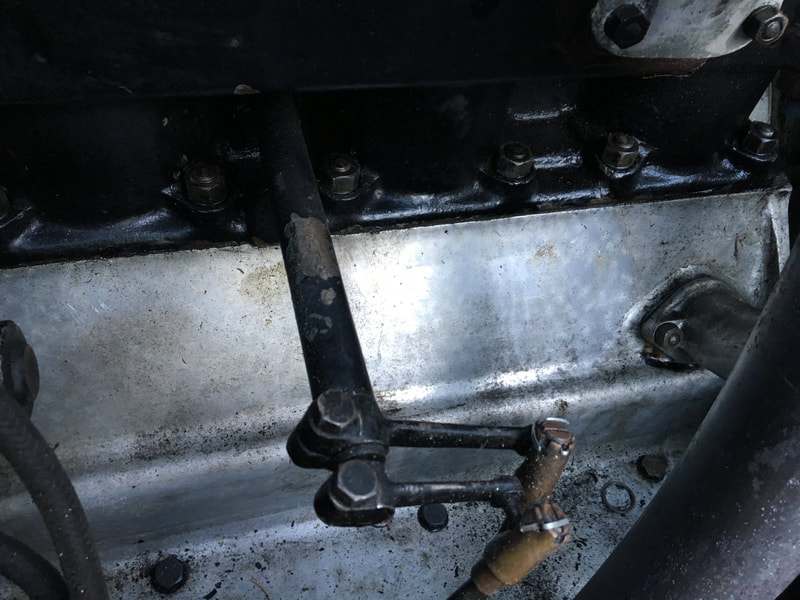 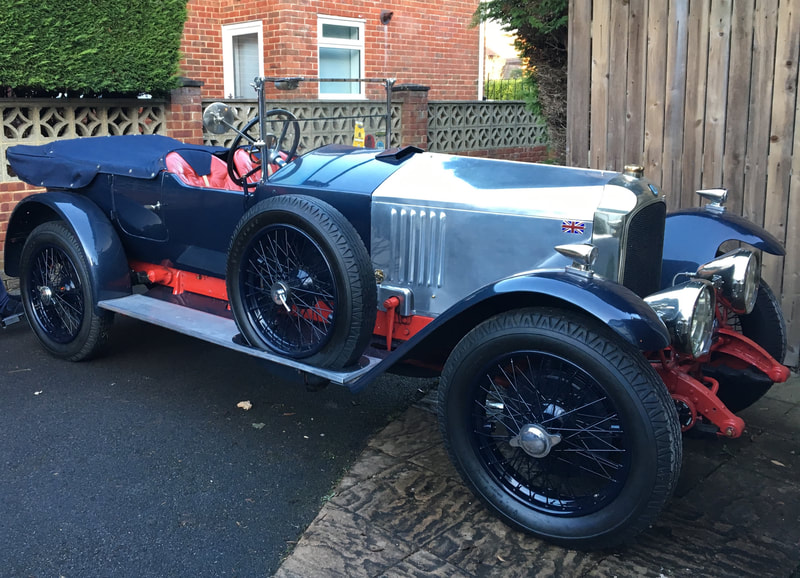 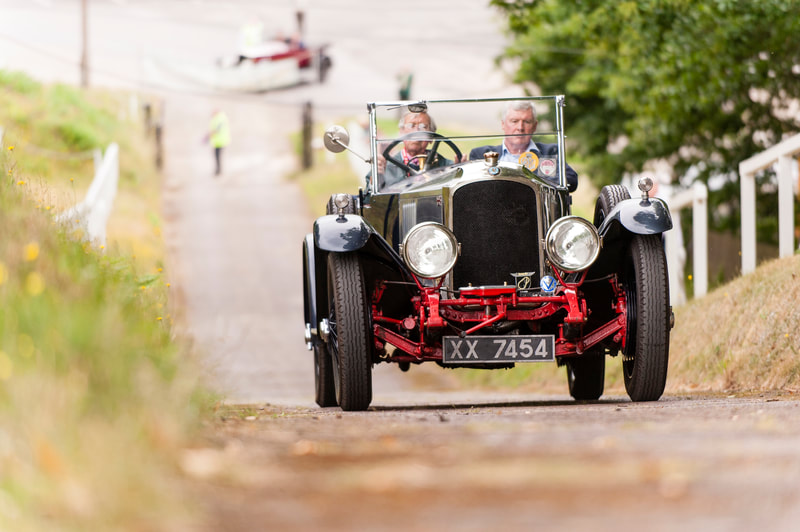 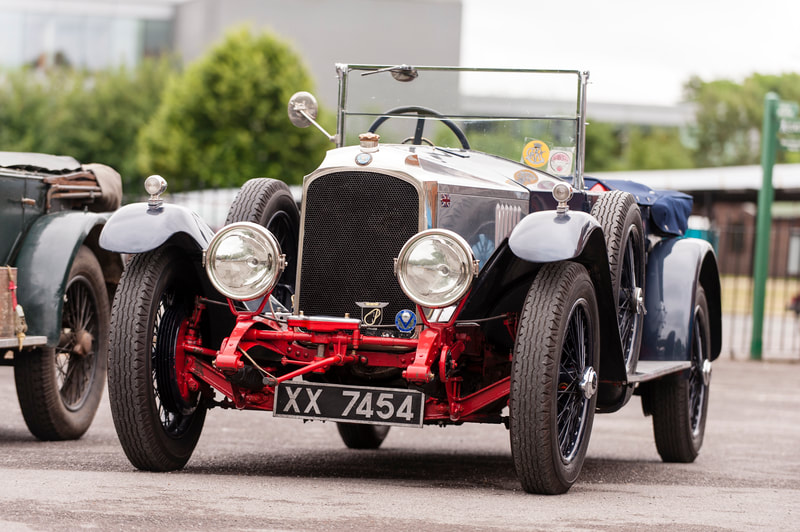 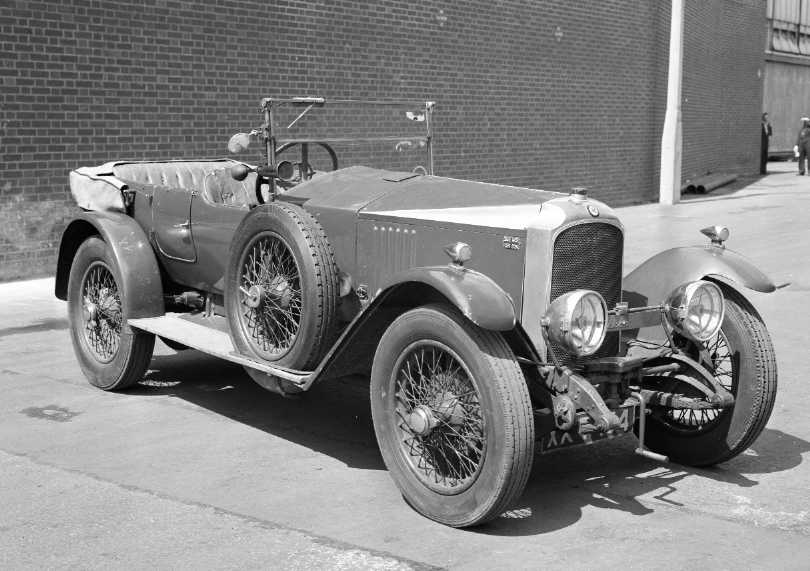 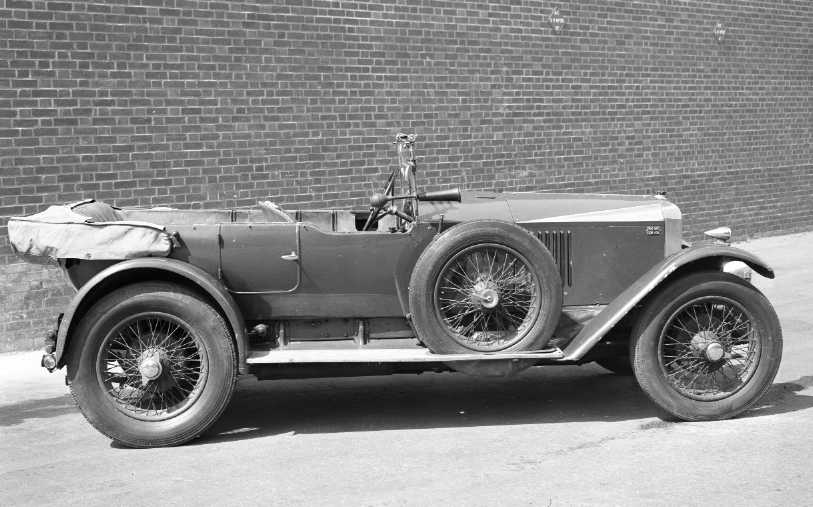 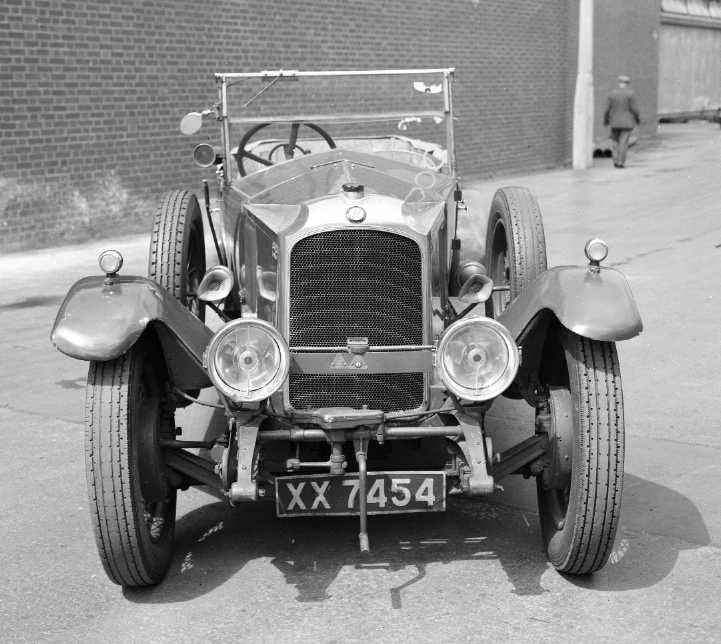 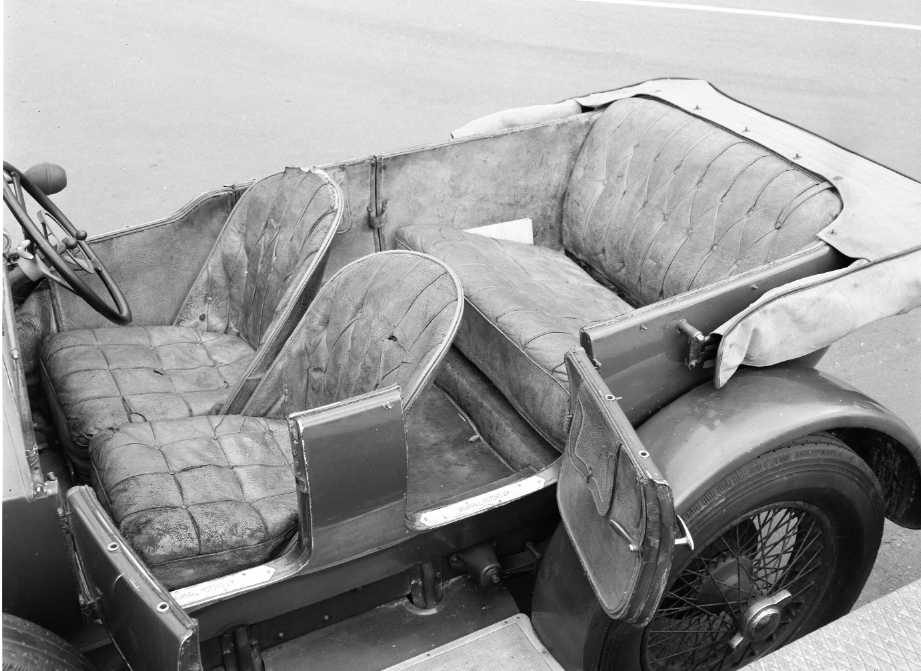 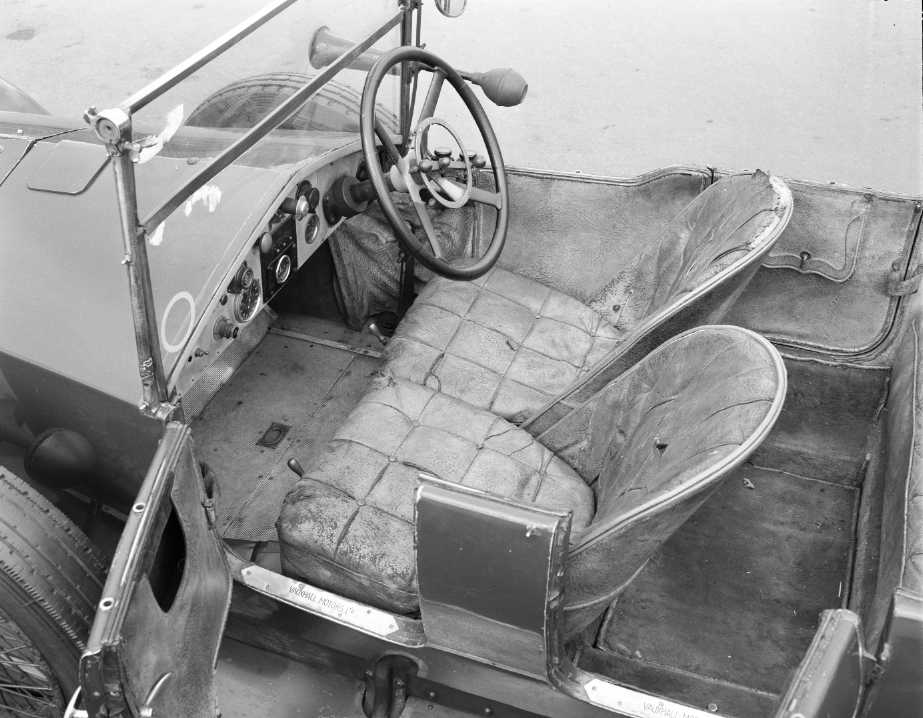 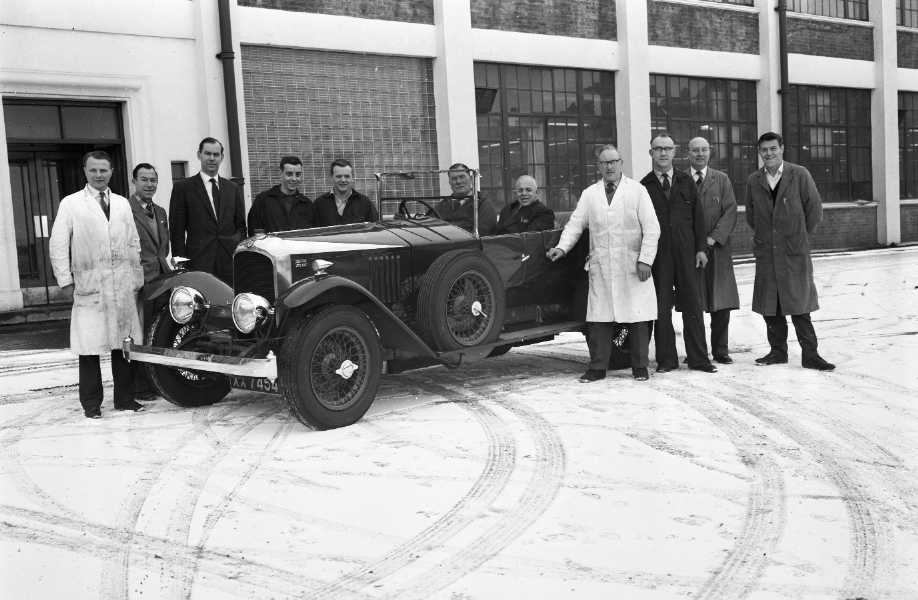 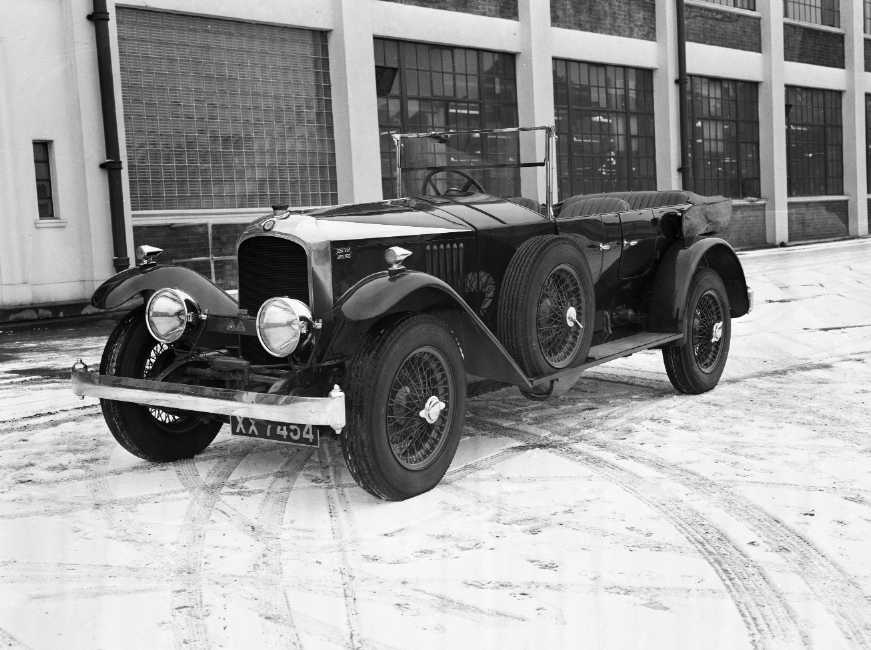 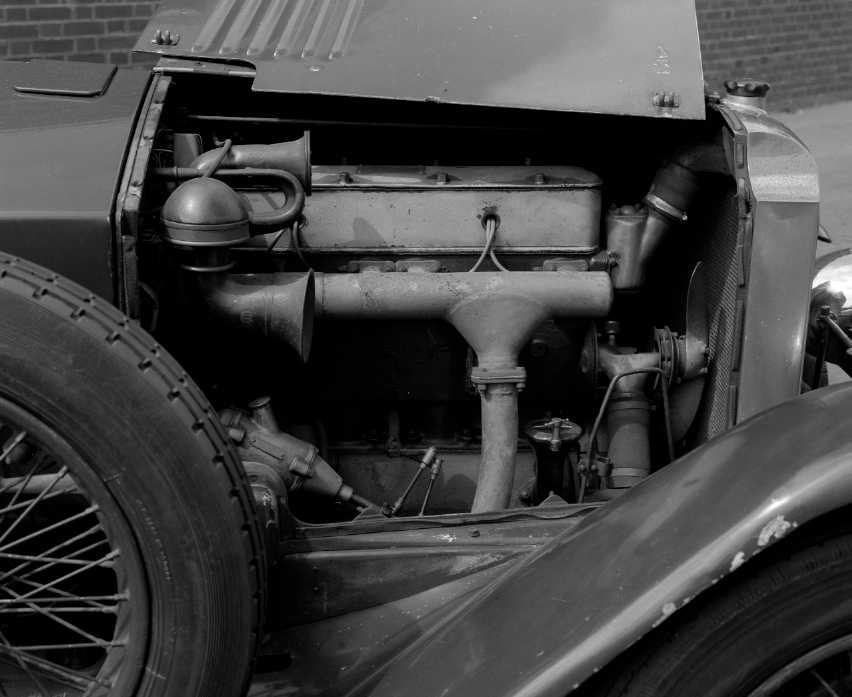 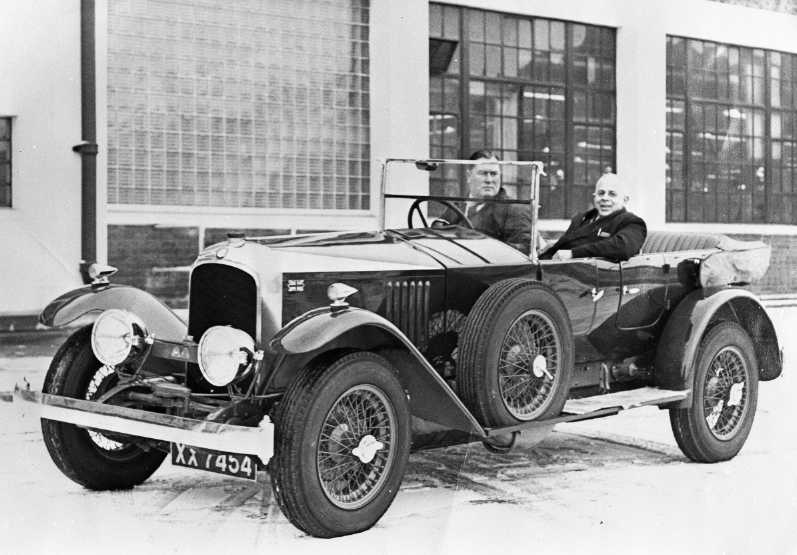 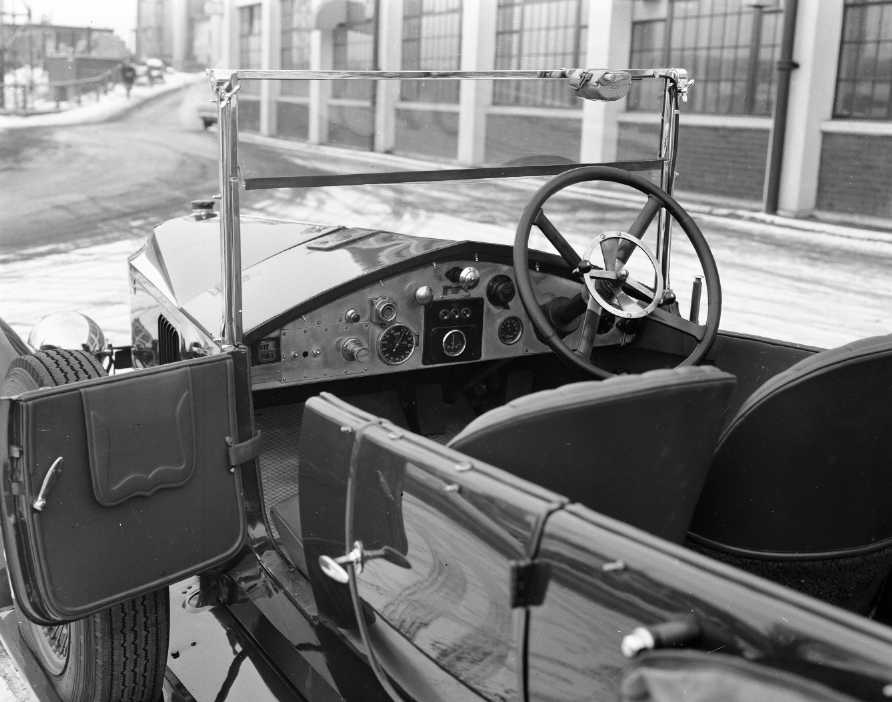 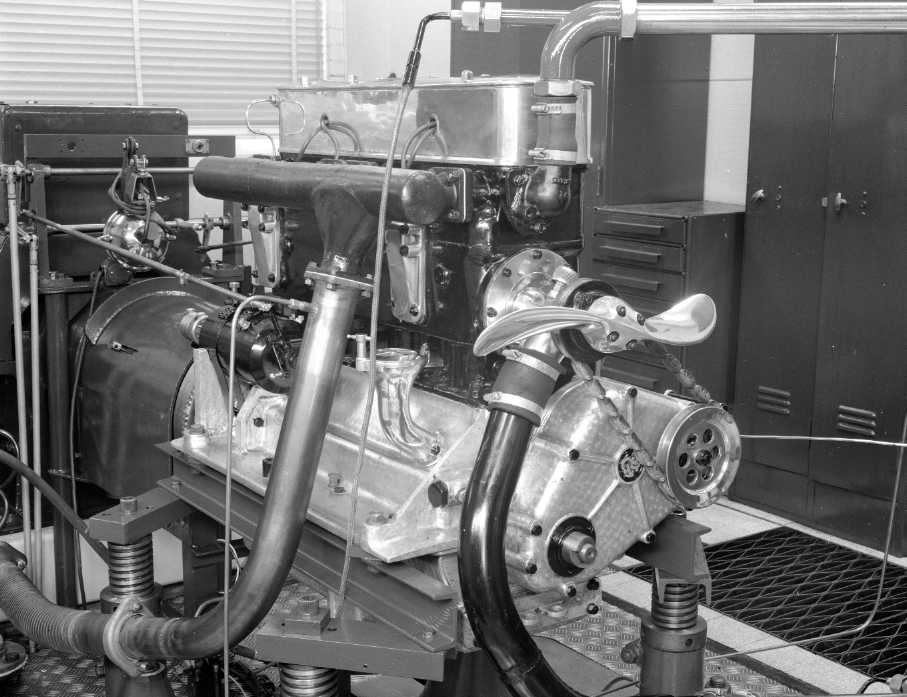 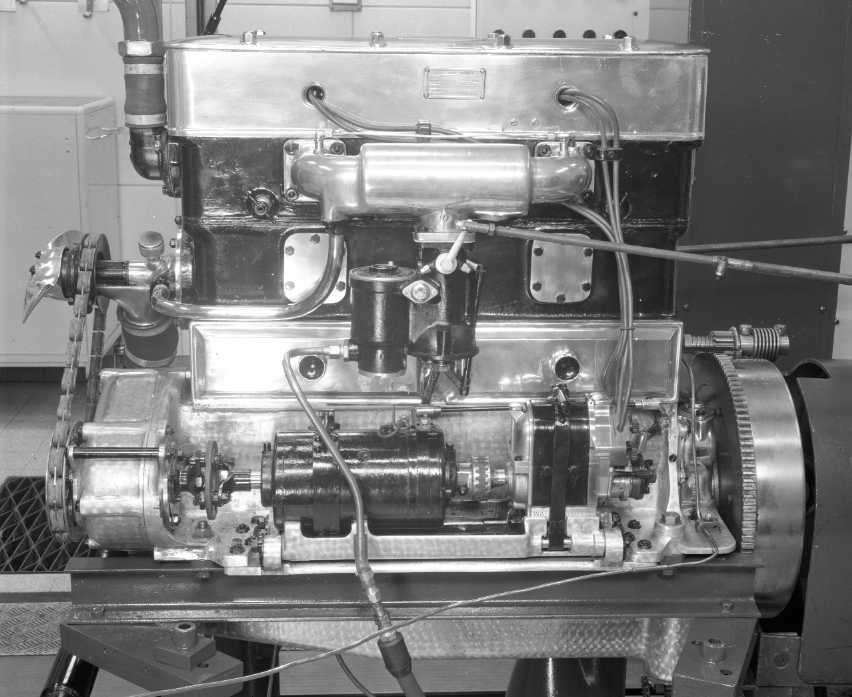 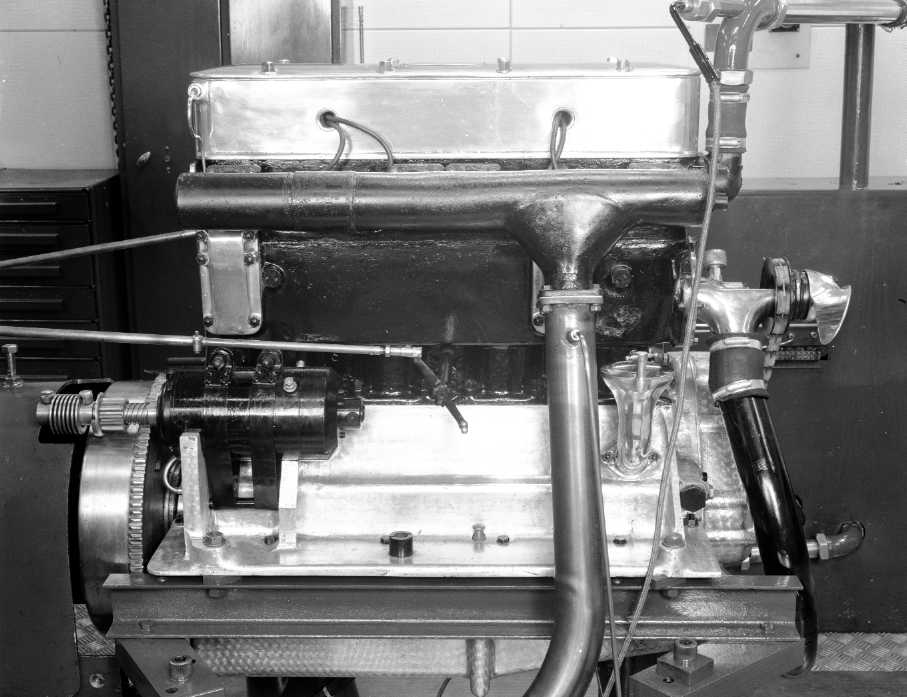