Mike Quartermaine, Hero of the 30-98
​By Ian Cheese 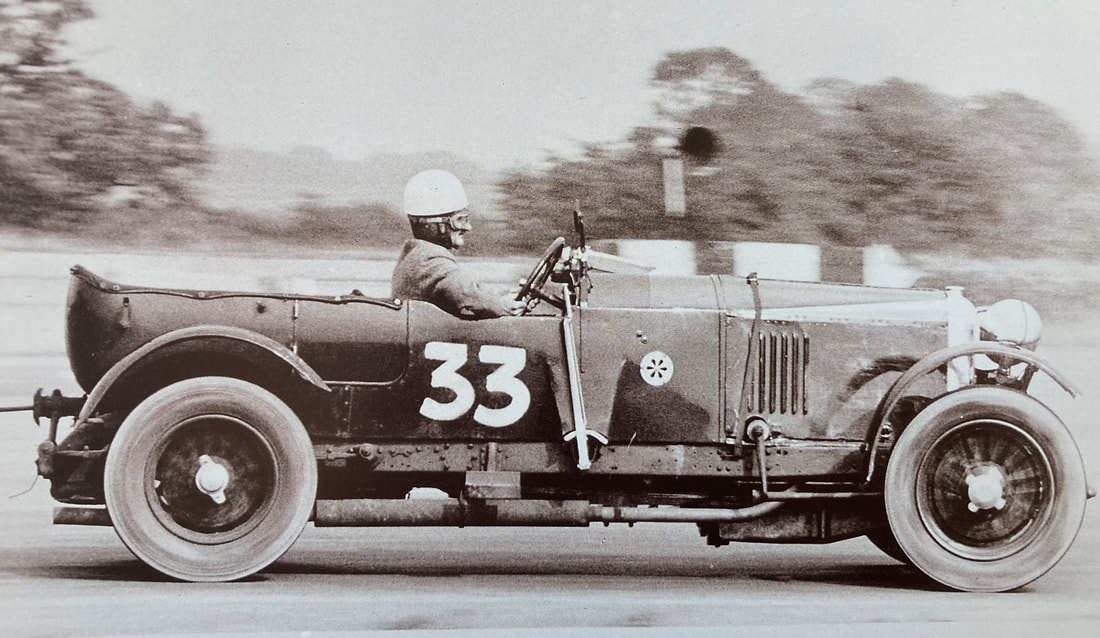 E286/OE222 - Mike Quartermaine. Snetterton 1956 (Photo: NWP archive)
Back in the early-80s I had the good fortune to meet a legend of the 30-98 world, Mike Quartermaine. He had bought his E/OE222 (YD 5735) when he was demobbed after the war and used it as his only car during his early married life with Ruth. They did at least one extensive tour of a still war-torn continental Europe.  As time moved on and more modern cars arrived in the garage, Mike and the Vauxhall, always known as Salome, embarked on what became a long and successful motorsport career.
As the VSCC’s race, sprint and hillclimb programme evolved, Mike and Salome would there among the front runners as Mike started steadily developing the Vauxhall’s potential. At the bottom end, the crankshaft was replaced by a special light built-up version along with a lightweight flywheel incorporating a Bedford clutch.  Aluminium ‘squish’ pistons and a high lift camshaft helped activity higher up and a huge downdraft SU, allegedly from an ERA blower, and a gas-flowed exhaust improved the breathing..  High ratio constant mesh gears raised the indirect gear ratios and endless strengthening of the torque arm ensured that all this power would reach the tarmac - and Mike always took full advantage of it on both road and track……
For many years I accompanied him to numerous VSCC meetings through the ‘80s and ‘90s.  For example we were heading, as rapidly as ever, to Silverstone very early one Saturday morning when petrol started spraying out of the intake of that huge SU where it emerged from the top of the bonnet.  We stopped in a pub car park to find that the float had sunk.  Mike reckoned that, if we could restore its buoyancy, and he kept his foot hard down (no change there….) we could reach Silverstone and a soldering iron before it sank again.  Lacking a saucepan and hot water for the traditional treatment, we lit a small fire using twigs from under the hedge.  We then put the float onto a screwdriver and gently warmed it over the fire – like marshmallows on a BBQ.  A nice little jet of flame soon showed a) where the leak was and b) that we were burning off the contents.
Eventually the flame went out but, seconds later, there was a bang like a rifle-shot and we were left with half a float on my screwdriver and the other half rolling down the road 30yds away.  Pause for bad language and helpless laughter. When we had recovered our dignity, and both halves of the float, Mike announced that he had a spare one at home.  Having jury-rigged a petrol pump switch so that I could switch off the pump whenever petrol sprayed my face, we set off – faster than ever.  The car never missed a beat, and we were soon home.  The spare turned out to be a carefully modified, and probably pre-war, Thermos cork which had been ‘on the shelf’ for many years.  It fitted, it worked, and we reached Silverstone in time for scrutineering, two 5-lap handicaps and a brisk (of course) drive home.
Mike was an artist with solder and the following day the original float was repaired, refitted and, as far as I know, is still in the car.
When Mike retired, Ruth told him that she had married him for better, for worse but NOT for lunch so he should find something to fill his time.  No more encouragement was needed and the ensuing 15-yrs were occupied by restoring or building 1x E-type (R4/E411 E-3098 now mine), 2x OEs for other people, 1x Edwardian A-type 2-seater, and 1x OE special, and not to mention a miniature of the E-type complete with ohv lawnmower engine and functioning gearbox.  When he died in 2000 he was working on a Prince Henry Replica.  I am privileged to have known him and worked with him on all these projects. Truly a remarkable man and a real 30-98 aficionado.

The life and times of OE288 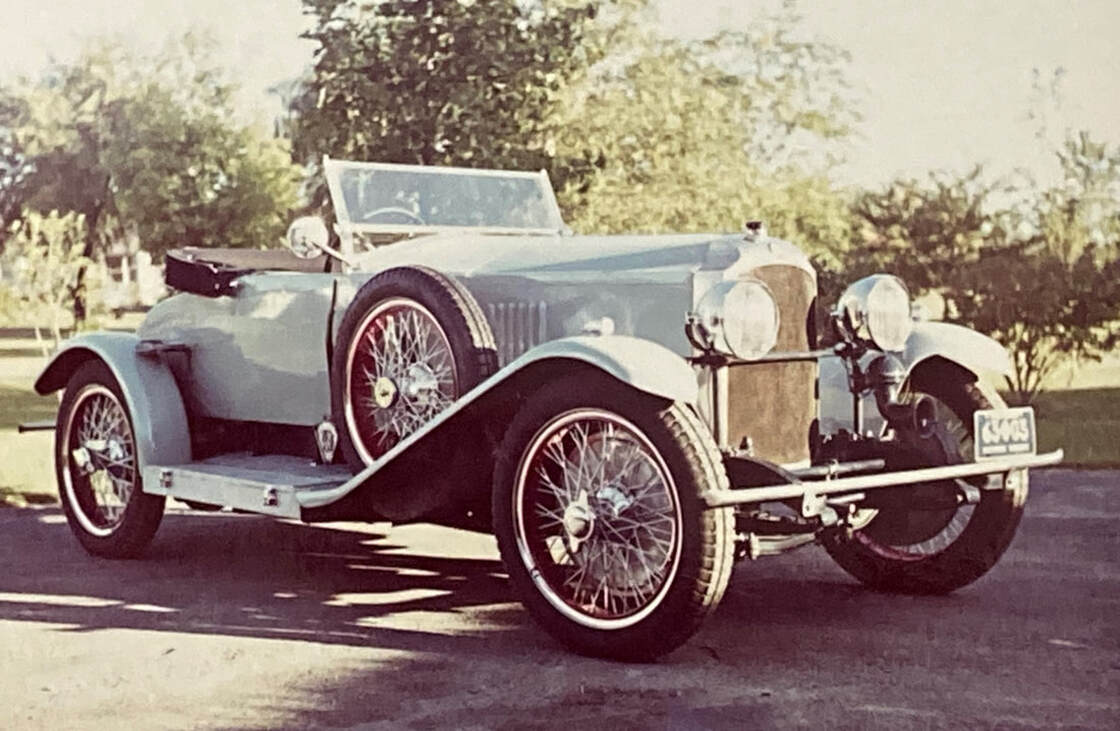 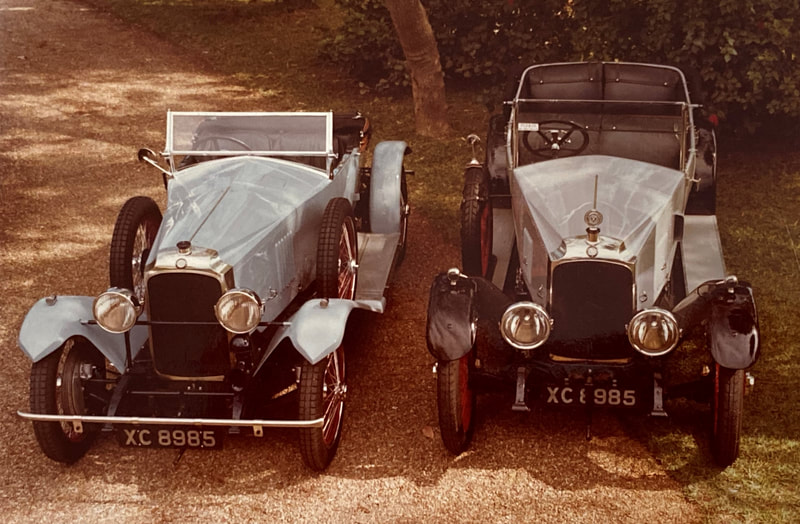 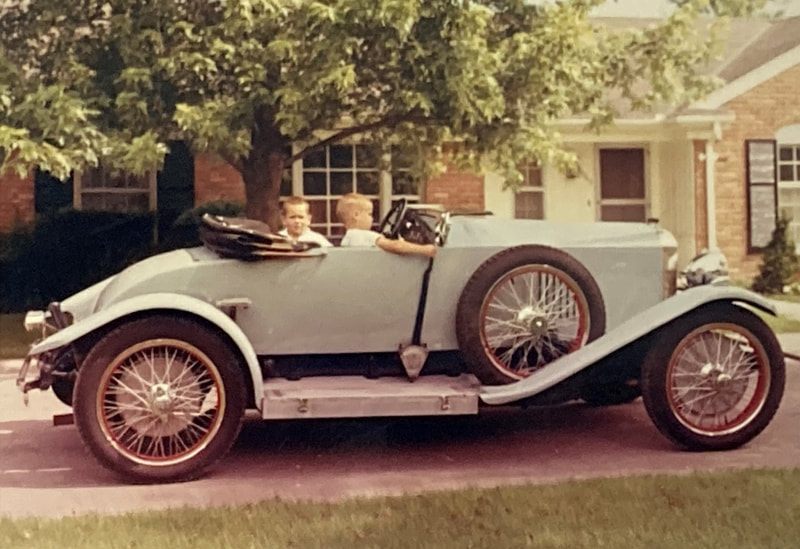 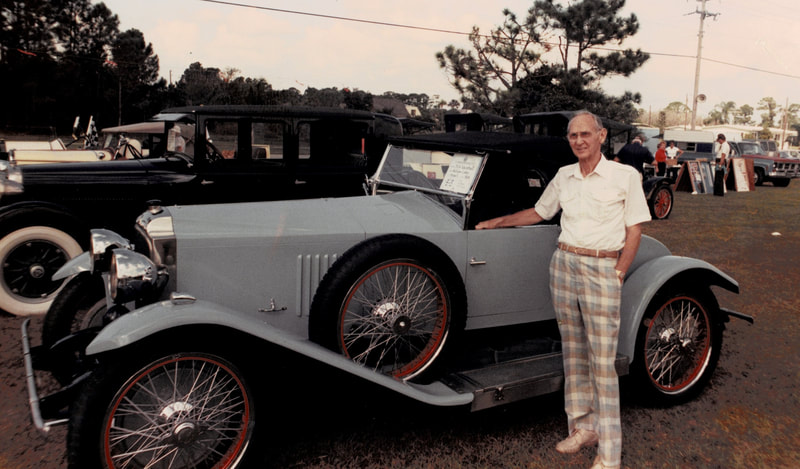 These superb period photos were kindly supplied by the new US owner of OE153, Chip Wright. 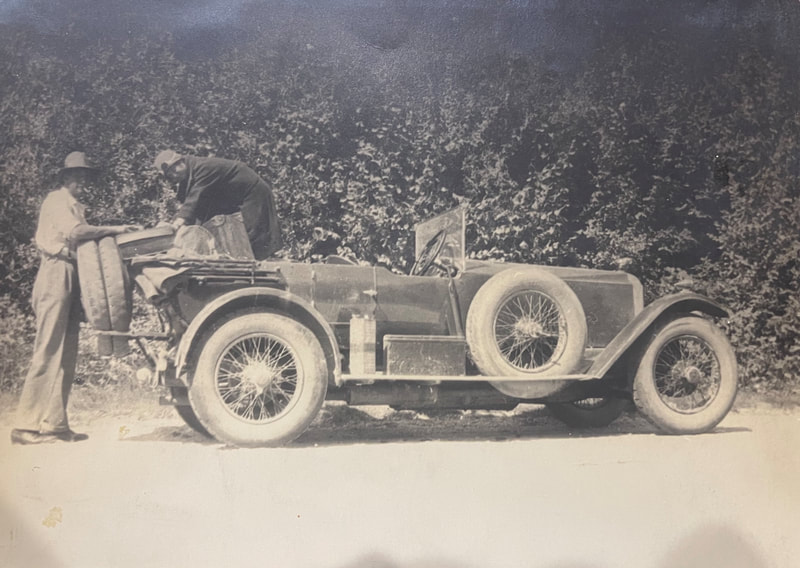 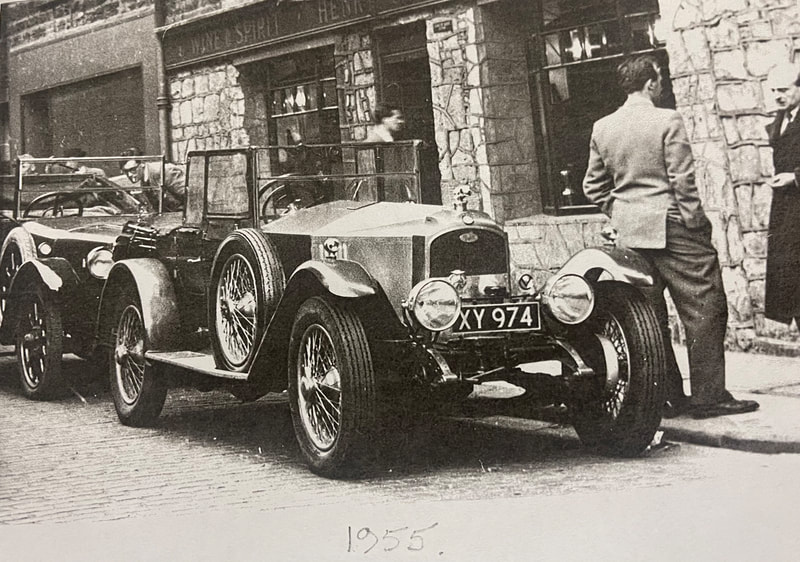 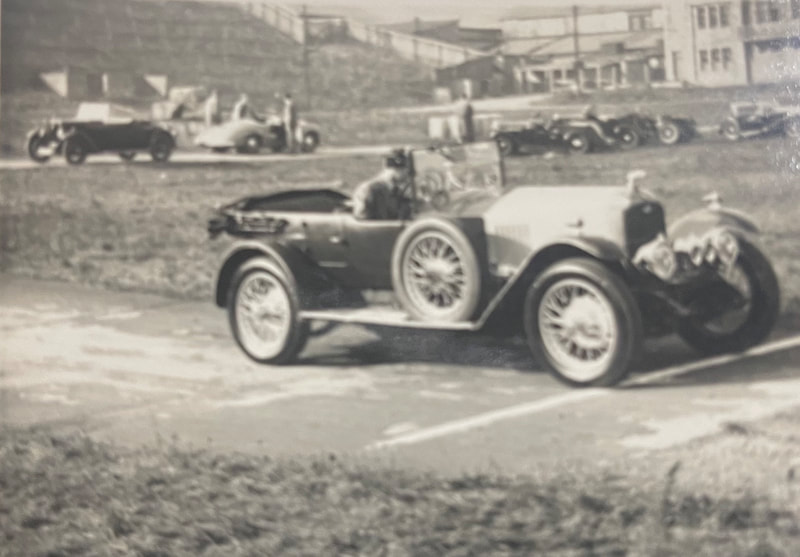 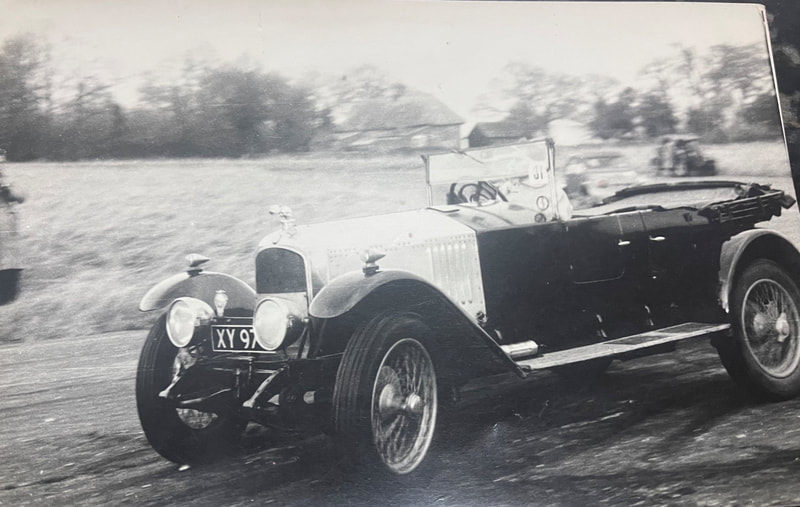 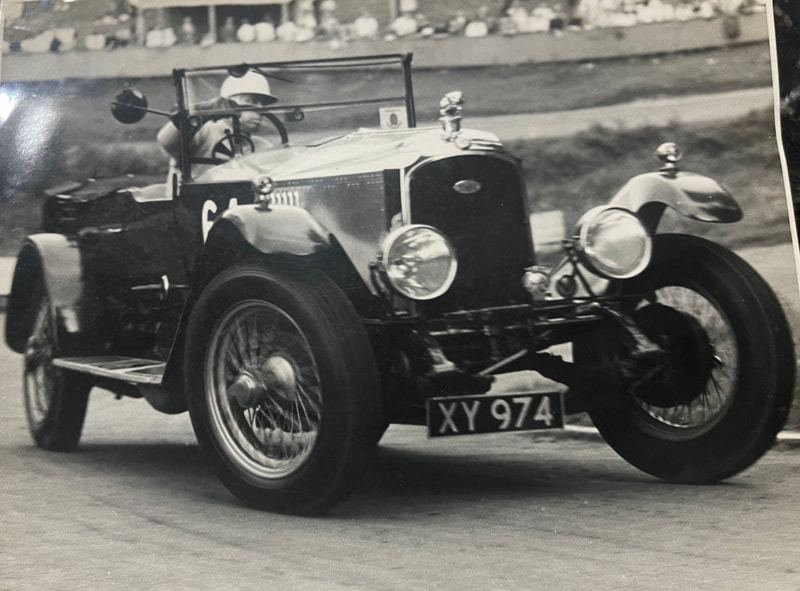 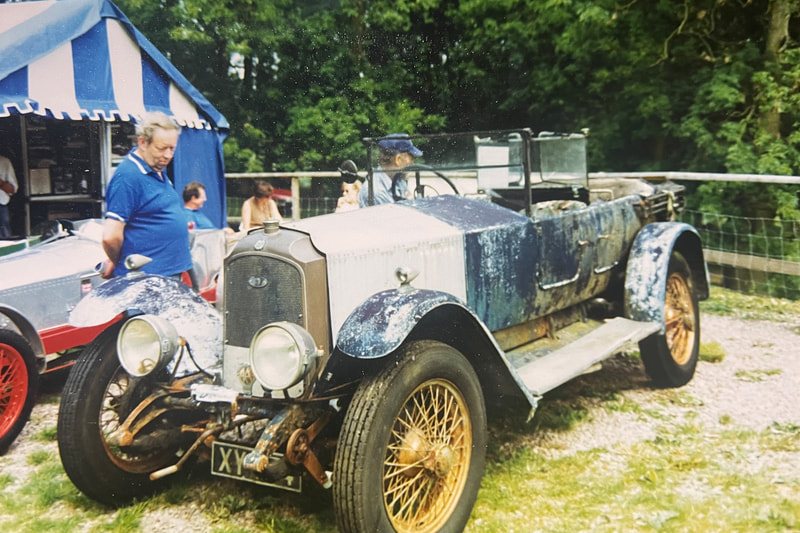 The story of the 'Drainpipe Special' (the short version) 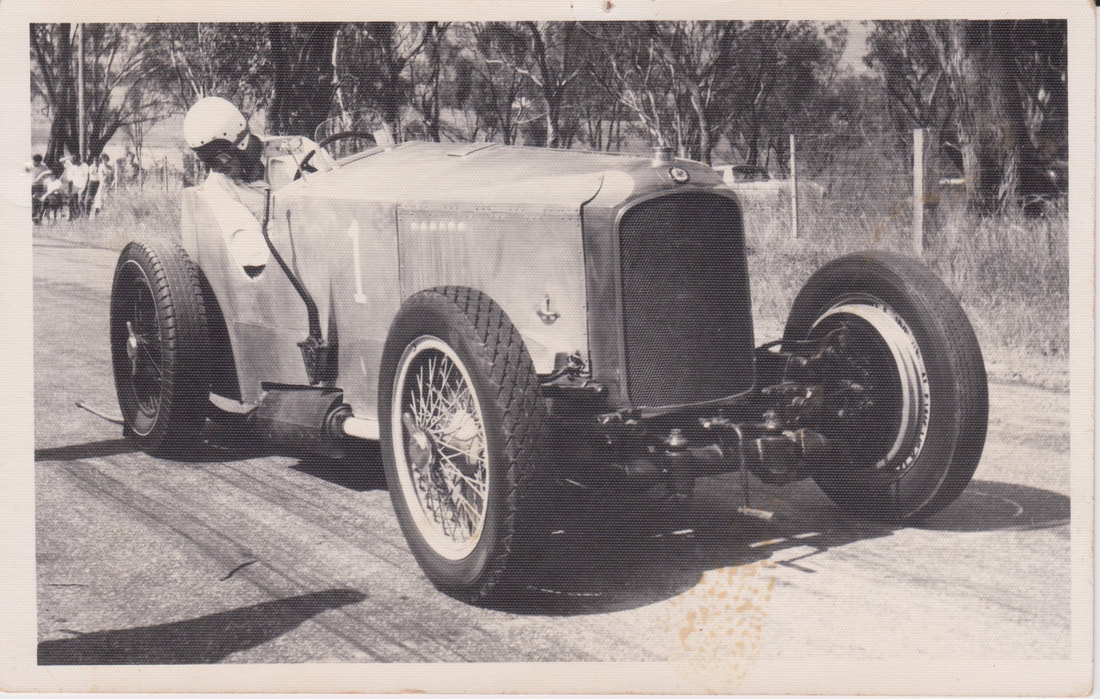 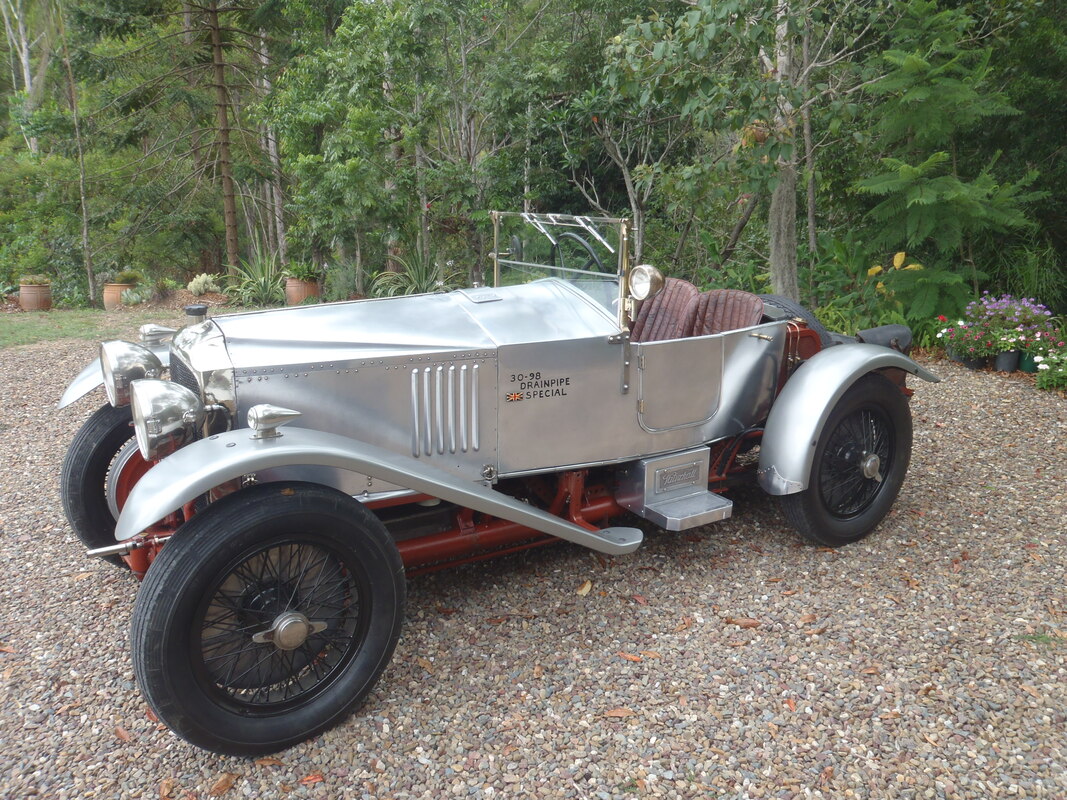